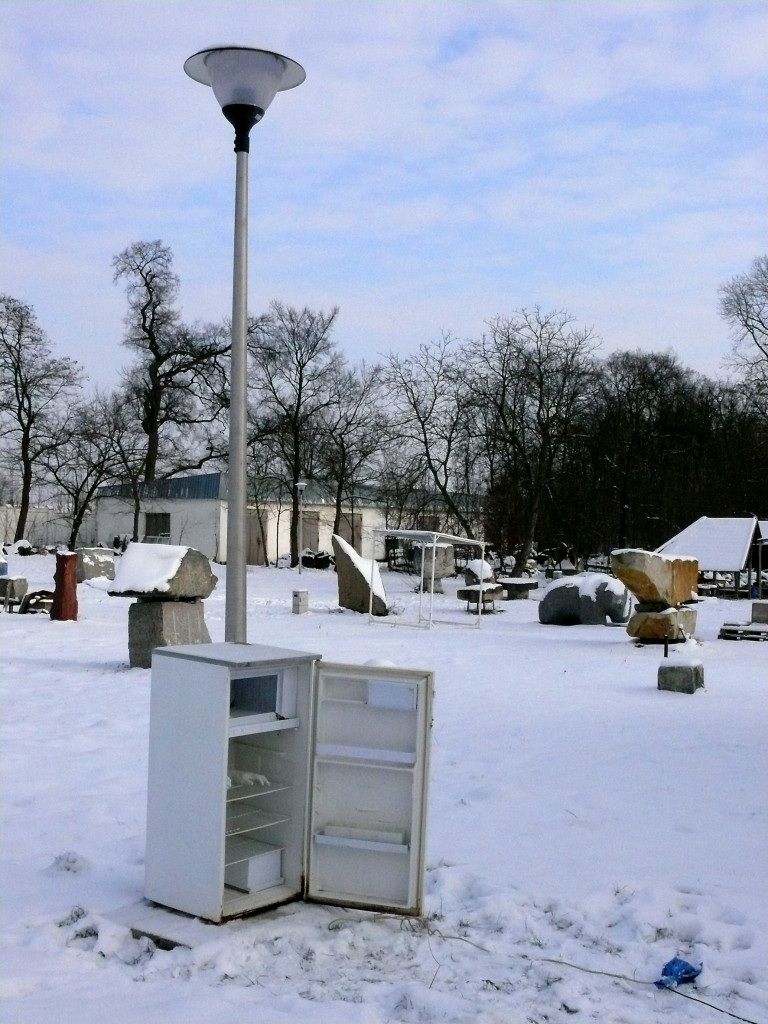 In my work I used a ready object which was an old, worn-out Russian refrigerator. The interference consisted of placing a device inside it, which emits music at the moment of cooling – the song was one of the works by Fryderyk Chopin. This sound was heard only when the compressor was running, which simultaneously drowned it. Inside the fridge, I have put a plaster casts of hands made in a gesture of nervousness, anger or rebellion. The work was exhibited in the open air, in the park of theCenter of Polish Sculpture in Orońsko  surrounded by snow-sculpted half done stone sculptures. The simple shape of the refrigerator surrounded by abstract stone forms underlined its grotesque, surreal character. 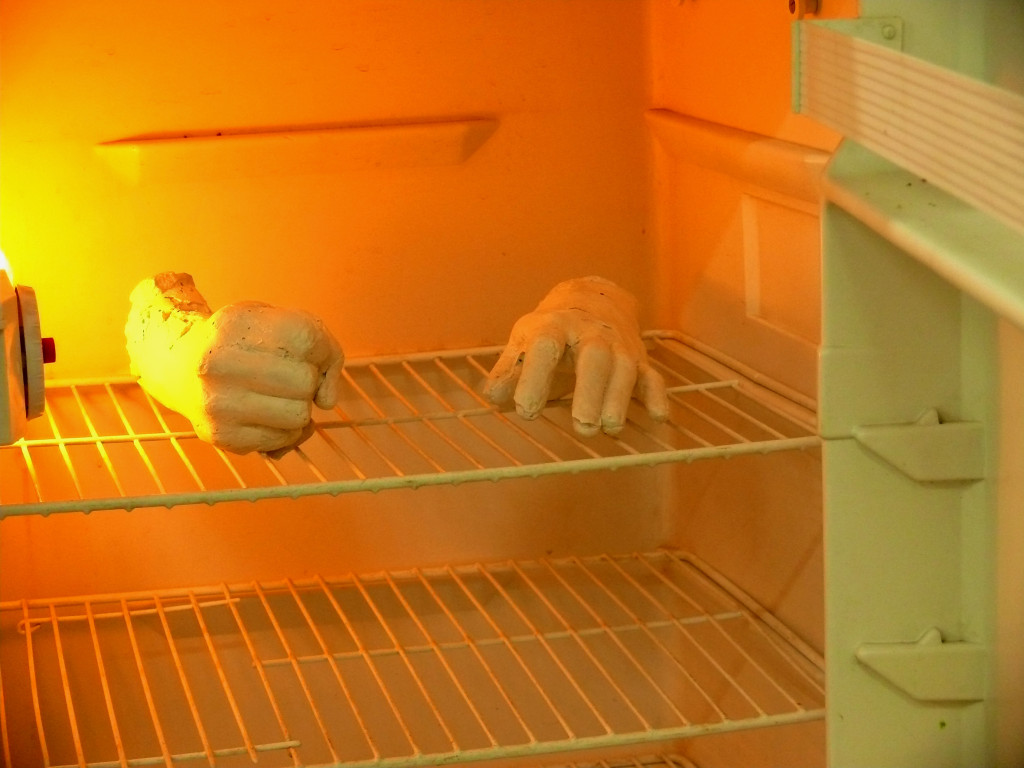 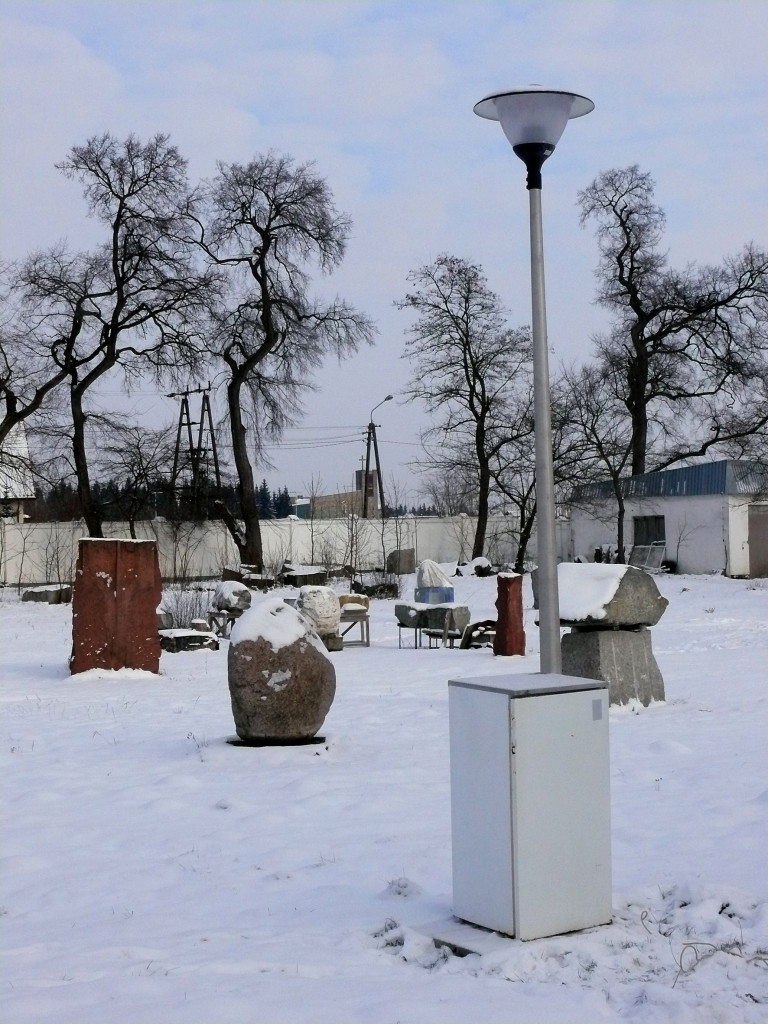