The main part of the exposition was an installation entitled „Be right back”, which was built of black painted wooden modules and corresponding glass showcases. They were arranged in a form resembling a tombstone.

In order to properly illuminate the glass elements I used professional reflectors designed to illuminate museum objects. They have a function of precise framing of light flux. Thanks to these possibilities I achieved the illusion of illuminating the object itself, and at the same time the effect of overlapping shadows cast by the glass panels. 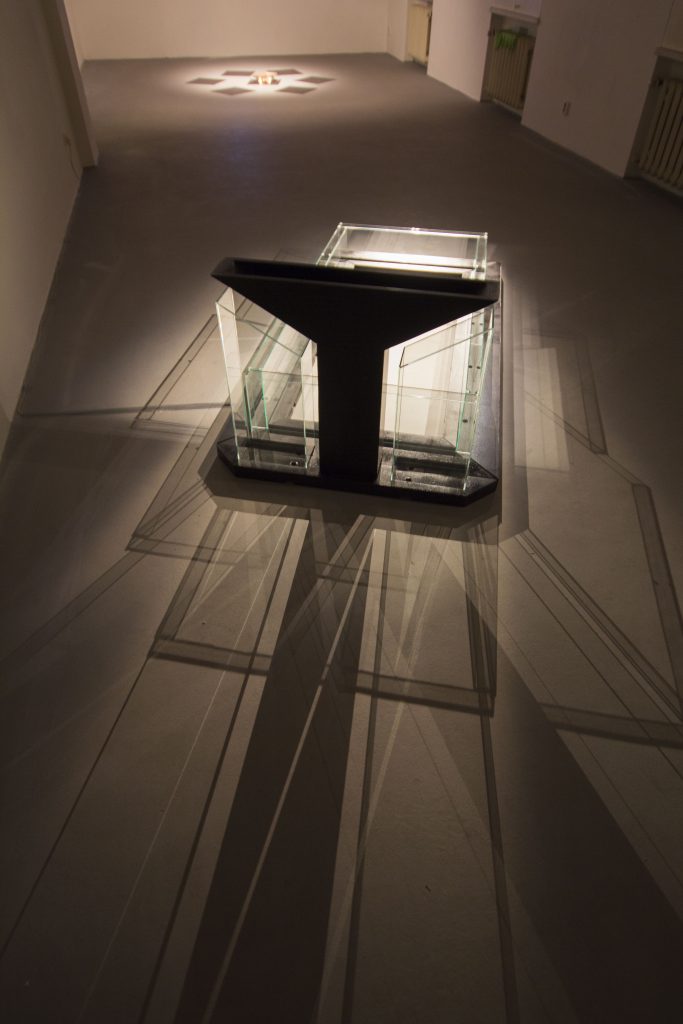 Opposite the „tombstone” there were seven glass slabs. They were placed on the floor in the form of a circle. On one of them I placed a stylized metal vessel filled with water. Underneath it I placed small candles used in food heaters. It was the scene where the performance accompanying the exhibition was to take place.

The action carried out was entitled ‚Mandatum’.
It refers to the ritual of washing feet, which in the Roman Catholic Church is associated with the Last Supper, Holy Thursday liturgy and Christ’s commandment of love. But what is very important is that this tradition is also present in many other cultures and religions of the world. 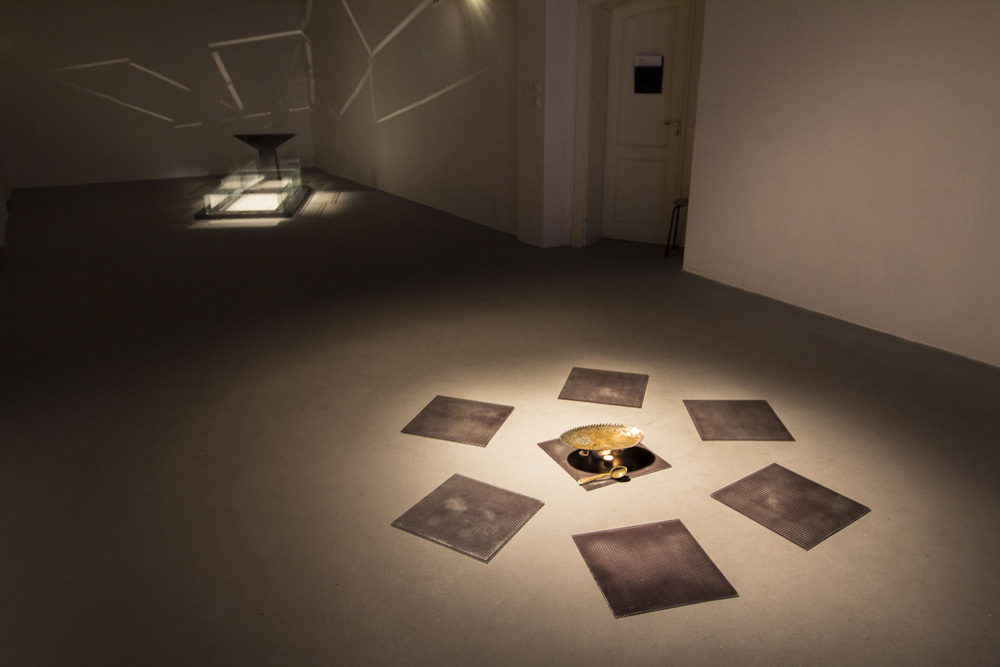 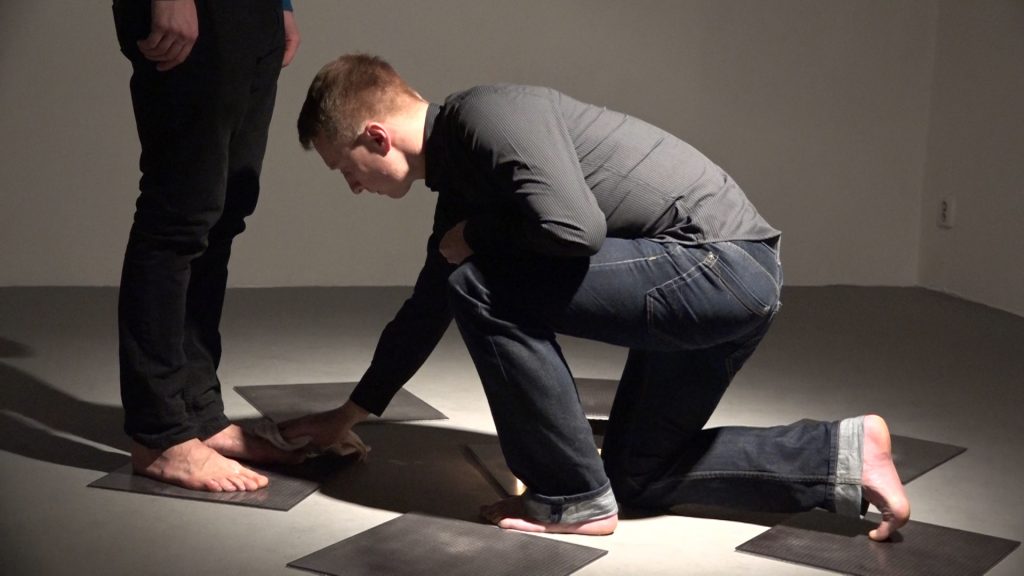 Standing barefoot on one of the glass plates, dressed in black and equipped with a white towel put on my forearm, I was waiting for the opening of the exhibition. The entering people were greeted by me with words:

Soon afterwards, my request worked and the first person stood on a glass plate, taking off their shoes and socks. Kneeling down in front of my „guest”, I started to pour heated water from a bowl over his feet. Then I gently dried them with a towel and, thanking them, I went back to my place. This situation was repeated until I used all the warm water. 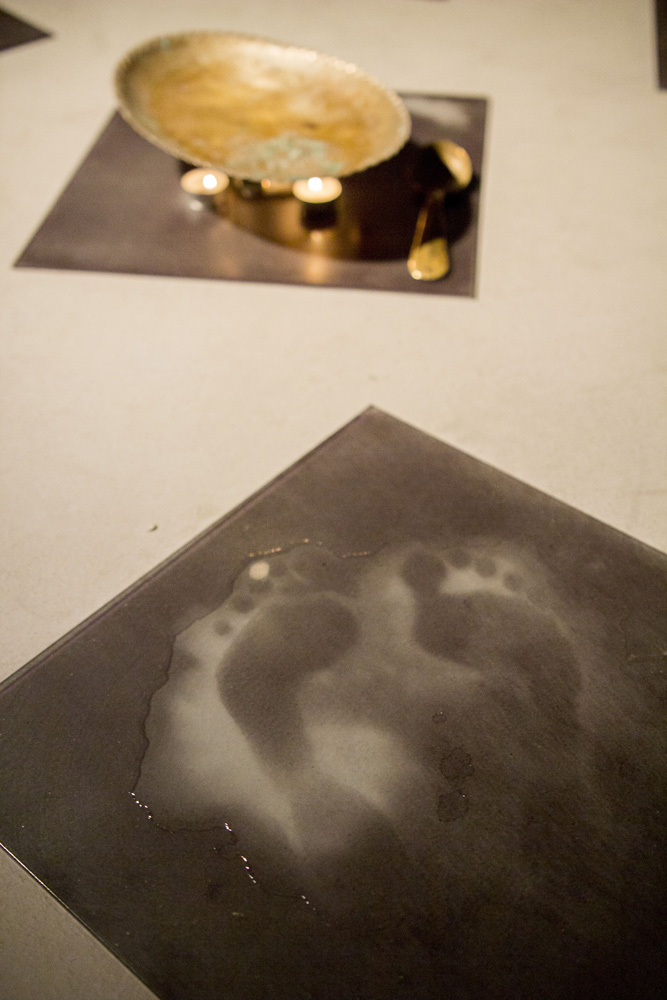 Each time I performed a ritual, I walked down from my square to reveal the white traces of my feet. Similarly, each person who decided to take part in the ritual proposed by me, after leaving the glass surface, revealed their own traces, which, however, were shown in the negative. The water which I washed their feet with, was warmer than the temperature of their body, so it reacted with the surface of glass much faster. After the operation was finished, all glass plates returned to their original, black and opaque state. 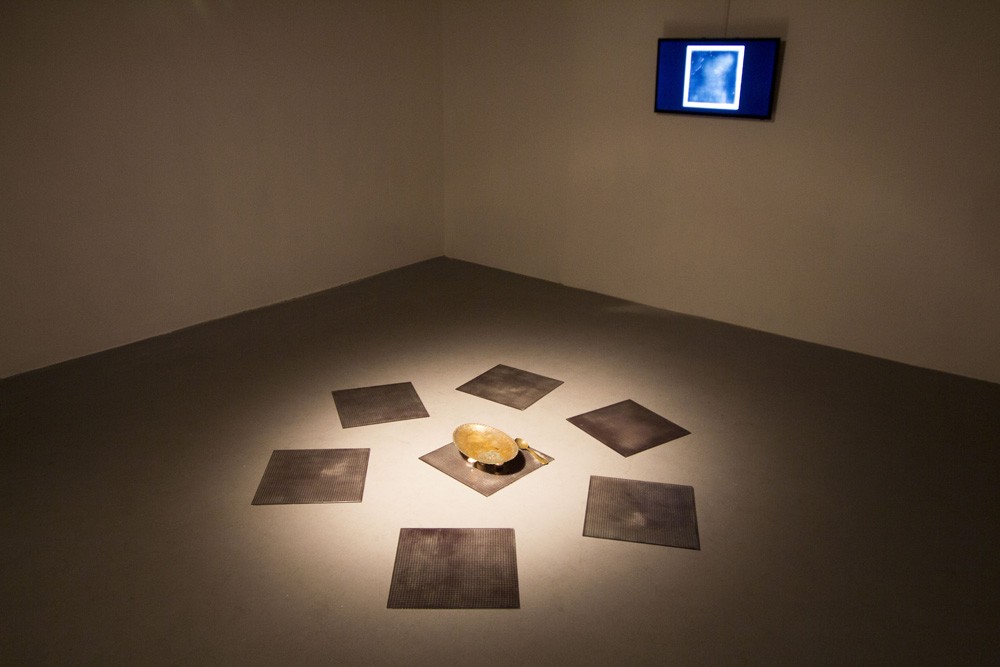 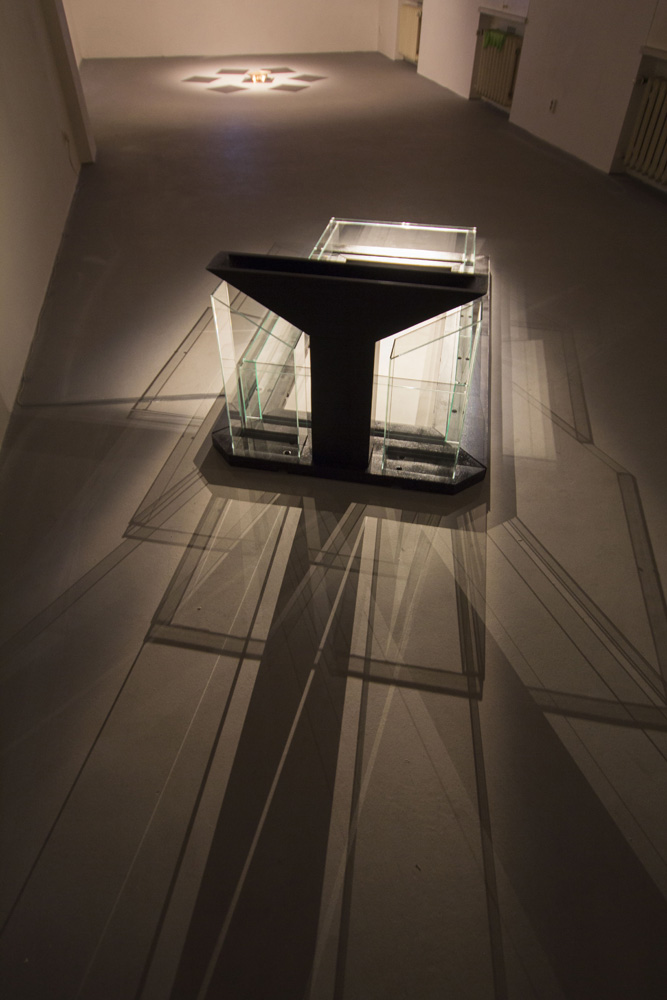 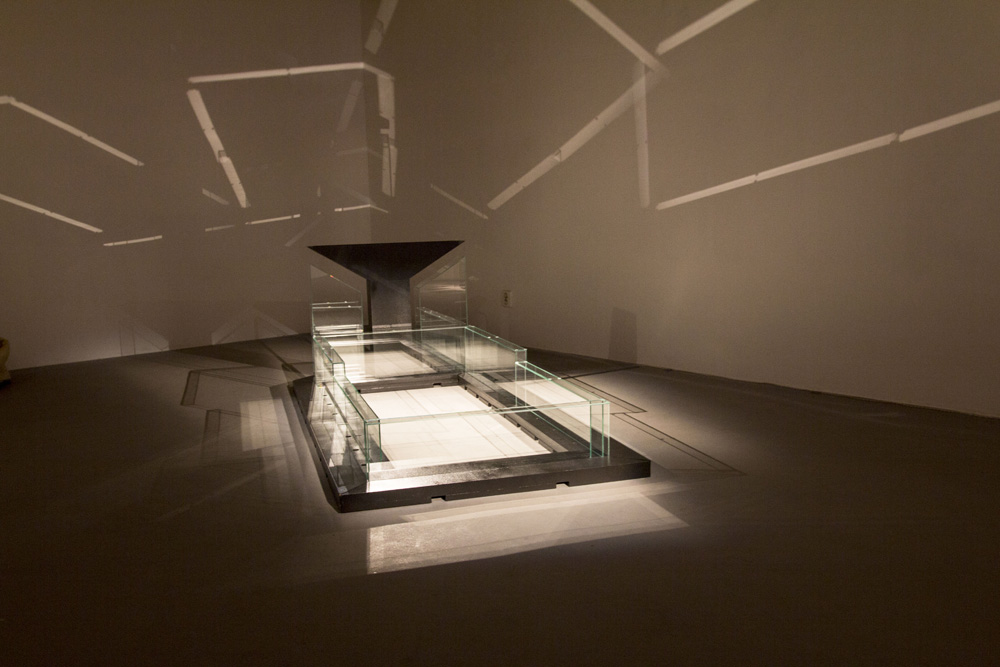 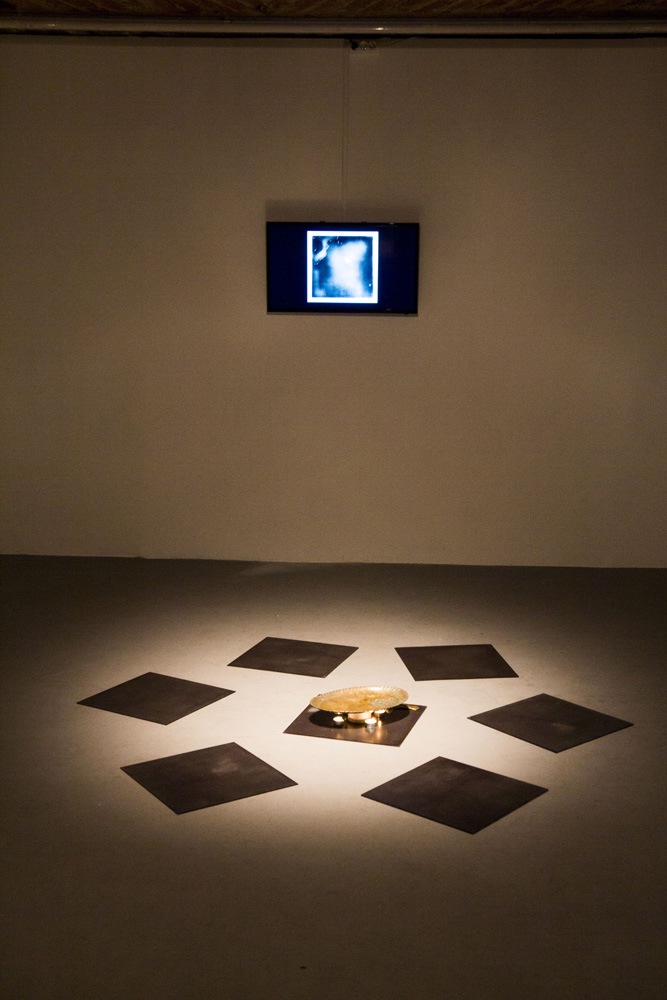 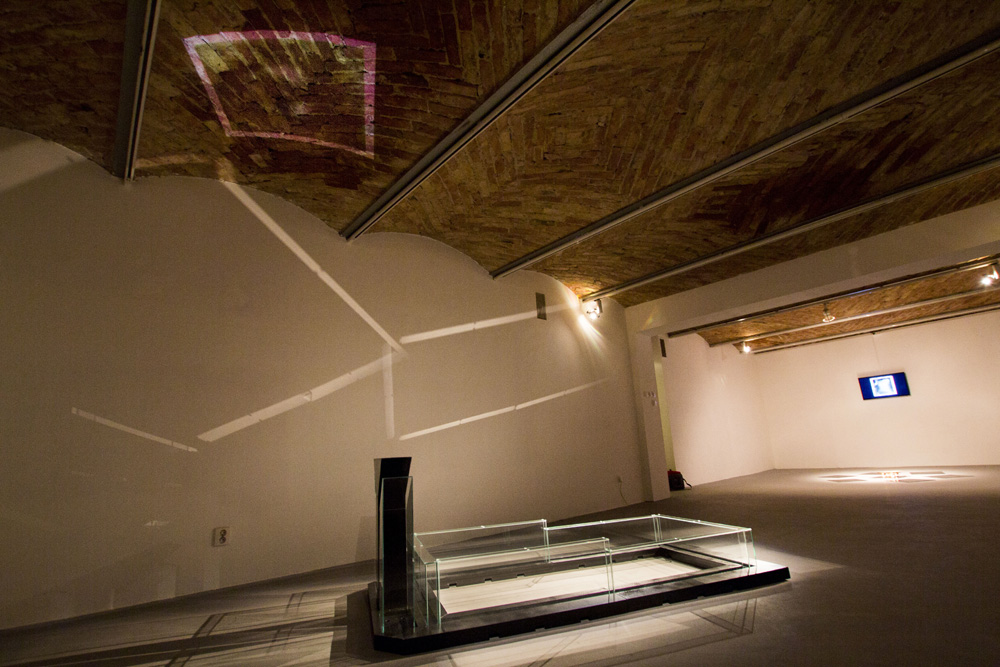 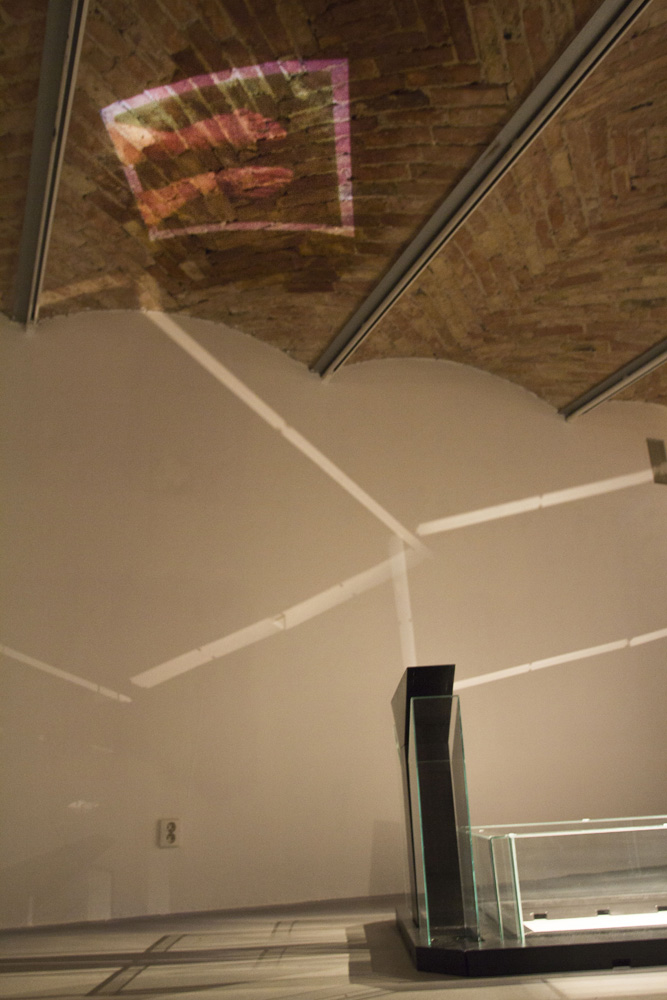